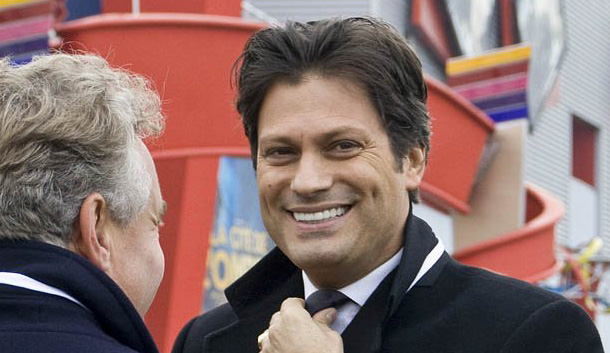 A few weeks after the financial report was released by Euro Disney S.A.S.they have shared the thoughts of CEO Philippe Gas. This is what he had to say.

Question: What can you say about the year that just ended?

Philippe Gas: Well, given the economic context, our resort resisted well. There were 14.9 million visits made to Disneyland® Paris, and we remained Europe’s number one tourist destination. Average spending per guest increased 4%, and Europeans remained keen to visit. We achieved these results thanks to the strategy we first put into place in 2009, and through our Cast Members’ constant commitment. Over the last five years we have consciously made the decision to continually invest in the quality of our guest experience. In 2013 for example, we decided to extend the run of Disney® Dreams!, our extremely successful night show. We also finished the renovation of Disney’s Hotel Santa Fe.

Question: What are the most important things to note about the fiscal year?

Philippe Gas: This year’s economic context had a significant impact on the entire tourism industry. Nonetheless, its impact on our results was softened by investments made at Disneyland® Paris over the last few years. We saw a moderate decline in our 2013 revenues, of 1%. This was the result of the unfavorable economic situation in certain countries – particularly in southern Europe. The decline in theme park attendance was partially offset by an increase in average guest spending in both the parks and the hotels.

Question: What does 2014 hold for Disneyland Paris?

Philippe Gas: We will continue investing in the development of the resort, particularly in the renovation of the Disney’s Newport Bay Club hotel. We will also continue to invest in the protection of employment and in our 15,000 Cast Members, through their training. There will also be an exciting development at Walt Disney Studios Park® when we open an innovative new attraction inspired by Ratatouille, the hit Disney® Pixar movie. This attraction will demonstrate our unique Disney® know-how and creativity.
We have strengthened our company’s foundations, and this makes us confident that we will reap the benefits when Europe’s economy recovers.