The Science of ‘Pirates of the Caribbean’ at Disneyland Paris

They haven’t kicked me out yet! Surprise! (I’m surprised). This time, we’re talking about a decent ride – it’s my second favourite. It’s also a ride I’ve actually been on (I haven’t been on Armageddon) so theoretically this one should be better as I have a vague idea of what I’m going on about.

For those who don’t know what it is, ‘Pirates of the Caribbean’ is a ride where you go through various piratey scenes in a boat including but not limited to a town on fire and Davy Jones’ Locker. There are also two drops – the extent of my adrenaline seeking. And, also for people reading this past late Summer/ early Autumn 2017, this is from before we got the Jack Sparrow animatronics. (If we get the Jack Sparrow animatronic from Shanghai, I will retract my former statement that Jack Sparrow is not a good thing for the attraction).

The first thing we’re going to talk about is one of the first things that hits you when you walk into the attraction building. The chlorine smell. We’ve all been there – you’re at the local swimming pool or your sink’s weird or something and you smell that smell and it makes you happy because it makes you think about this incredible ride. It also probably tells you something’s wrong with your sink. You should probably get that fixed.

But how can smells provoke immersive memories of being thrown down a slope in a boat?

This links to the wonderful weirdness of the brain. You detect the smell using cells located at the back of your nose. The cells are lined with cilia, little hair-like bits, that can act as receptors for the molecules making up the smell. The cells then send their signals down olfactory nerves in the brain to the olfactory bulb (Not a kind of light but this is about Pirates of the Caribbean so there not being light towards the start of the article kind of makes sense).

The olfactory bulb is key in this situation; it is connected to your amygdala and hippocampus – parts of the brain you may be familiar with. The amygdala plays a part in regulating your emotions and how you feel and the hippocampus, rather than being some weird ride you’d probably find in backlot, is involved in your memory.

This then means that smells processed by your olfactory bulb can trigger memories and emotions that you made and experienced while on the ride (These memories are referred to as episodic memories as they take you back to an episode in your life, like when you managed to walk into a wall in a queuing system).

This happens in a similar way to how you get earworms (Songs stuck in your head). Your brain goes back over a pathway made (A neural pathway) as a result of processing that smell, meaning that you then go back over the memories and emotions from that time.

And on the topic of earworms, remember the music from the ride?

Although I’m presuming it’s for health and safety, cleverly using smells is/would be a very clever marketing strategy for the parks to encourage repeat custom. We’ve all felt slightly sad that we’re not in DLP when we get a whiff of that chlorine smell. Maybe installing smells like this at other places around the park would encourage people to have these nostalgic memories and return.

For instance, Disneyland in California now sells scented candles themed around their attractions and food items. Not only does this increase sales per visitor, it may also bring back memories of guest’s time in the park and make them want to come back. I mean, I’m not quite sure whether I’d want a candle that smelled of chlorine but I think you get the picture.

Now let’s talk about my favourite concept in science which I have somehow managed to link to Pirates of the Caribbean extremely tenuously.

I just like talking about it (My friends at sixth form can testify to that).

A part of the storytelling of the ride that many people miss (I did) is the time travel element. The idea is that as you go up the cargo lift (You know, the one where you feel like you’re going to fall out of the boat?), you are going back in time. Then, when you go down the second drop, you are going into the future.

THIS IS WHERE ANTIMATTER COMES IN. (Fangirls)

Now we bring in Richard Feynman, the coolest scientist to ever play the bongos.

Essentially, there’s this principle called the CPT invariance where C stands for charge, P stands for parity (A measure of something called directionality – one of the best words in physics) and T stands for time. It states that if charge is reversed, time and parity reverse as well.

So, for instance, if you reversed the charges of protons and electrons for example, you could reverse time.

This does raise the existential crisis causing question of ‘how do we know that we’re not travelling backwards and antimatter is travelling forwards?’ as we don’t know which way time is actually travelling for us.

You know, that old chestnut.

We don’t know which way time is going.

So could this mean that as you go up the chain lift, you are being converted into antimatter allowing us to travel backwards in time? 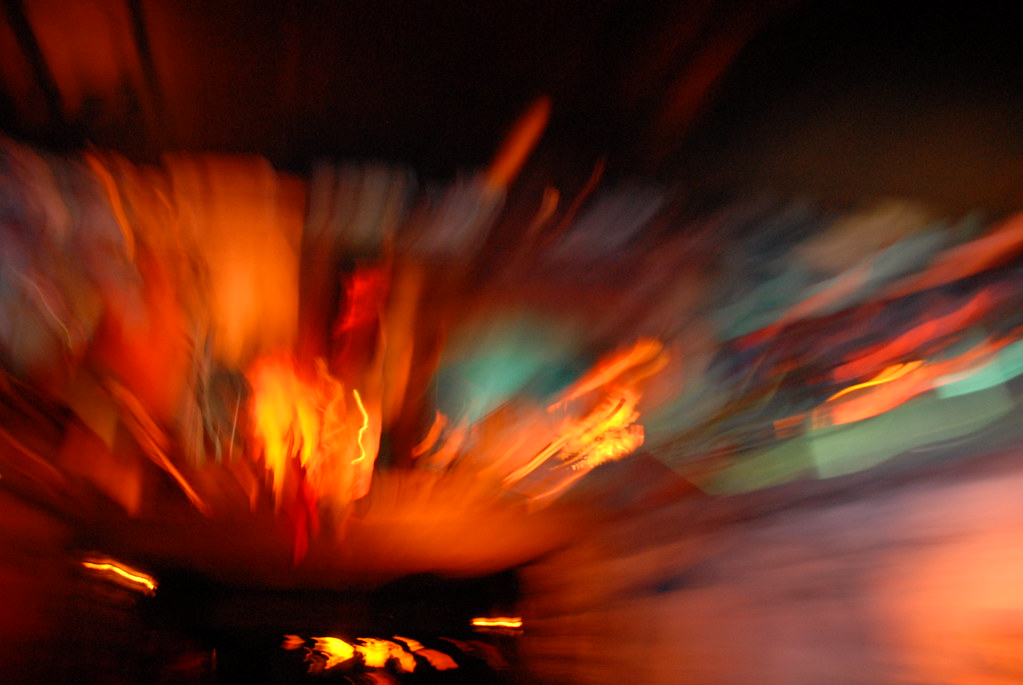 It has been observed by CERN that matter can switch to antimatter but this oscillation happens 3 million times a second which may be a little too short for the ride. It also doesn’t cover how you would travel forwards in time (Unless antimatter is actually travelling forwards and we’re travelling backwards (Twilight Zone music)).

However, there is no evidence for tachyons and we can’t go above the speed of light. Sorry.

The most “realistic” (It’s so unrealistic it gets a double set of inverted commas) idea is that proposed by Kip Thorne. His idea is that you use a wormhole (A pathway between two very distant locations) and got one of the locations close to the speed of light, it would be experiencing time differently, allowing you to move into the past as well as into the future.

But again, this may be a tad unrealistic in a theme park setting. I can’t imagine health and safety wouldn’t be cool with that idea.

Anywho, I’m going to end it there. I hope this hasn’t been too dull for you and that you learned something. I apologise for any existential crisis causing – know that I mean well. If anyone has any ideas for rides/hotels/restaurants etc. that they think would work well in this kind of blog post, let us know over Twitter or email.

Media Consumed While Writing this Post: ‘Ghostbusters’ (The reboot. Don’t kill me (Although that would be ironic) but I love it)

‘The Oxford Companion to the Mind’. Edited by Richard L. Gregory. 1997.

‘QED: The Strange Theory of Light and Matter’ by Richard P. Feynman. Published by Penguin Books.

Most detailed and educational

They are back!!!! I am delighted and excited to learn so much about DLP. The level of detail and research is commendable. I can only imagine how much work goes into planning one episode. I enter an episode thinking I know lots but by the end of the episode I leave an expert! Thanks for returning after your sabbatical guys.